The pack assembled slowly and quietly. Clearly some Hasher’s, on approaching the pub, sensed the funeral like atmosphere. “Who died?” was not a helpful question to ask the bar-staff who seemed suitable overwhelmed that more than 10 people were in the pub at the same time. Butt Plug was the hare for run 1420 which saw over 25 Hasher’s and a couple of yet-to-be-named returnees gather. 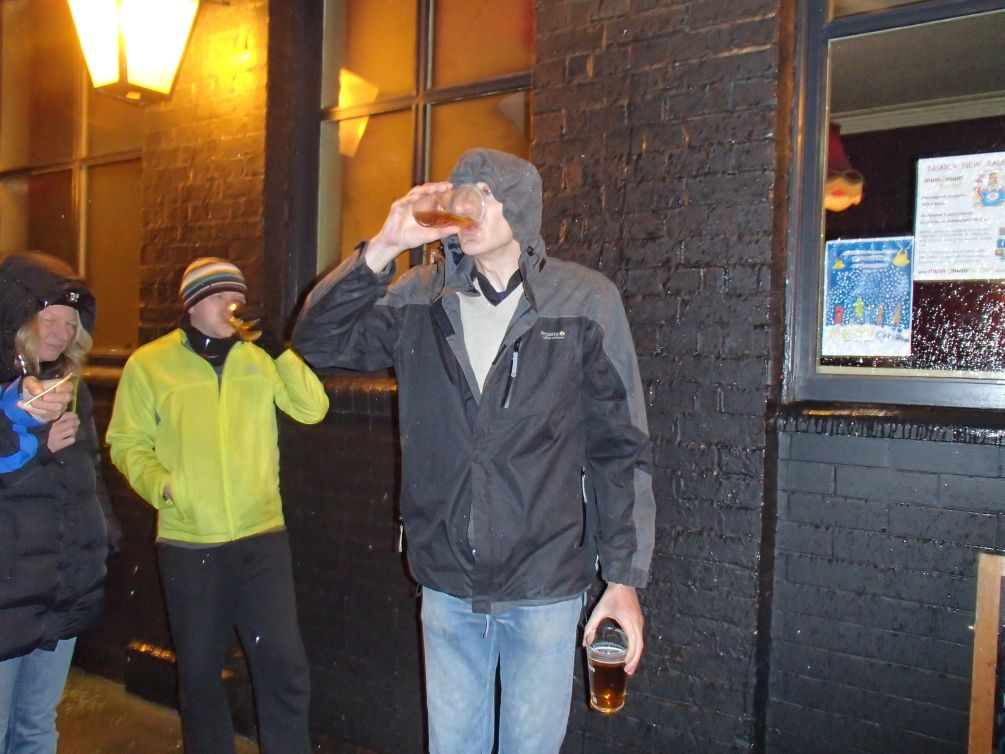 Waddling-off in the direction of Bushy Park we first hit the usual suburban obstacles of lamp-posts, car doors and dog poo. However “tis-the-season” the crazy Christmas lights of Teddington drew some “oohs & aaahhs”. Some Hasher’s are easily distracted. On entering the dark, misty fields of Bushy Park, Skylark remarked it was “like a film, how atmospheric?”…unlike the pub.

There was a distinct shortage of loud “ON-ON’s”. I know I’m new but if you’re up front leading the pack make sure the calls are loud so we know where you are and check that someone is following you! The trial was great though. Meandering through the park in the dark was a lark. The obstacles were also slightly more fun: deer, ponds, ice and the sheer darkness…or as Skylark called it, atmosphere.

Stayover had been complimenting Butt Plug on his previous drinks stop most of the way around. Everyone he spoke to must have heard about it. He’d mentioned it about every 250 metres. Towards the end though Stayover slowly realised that there wouldn’t be one. The compliments soon changed to moaning about every 25 metres. 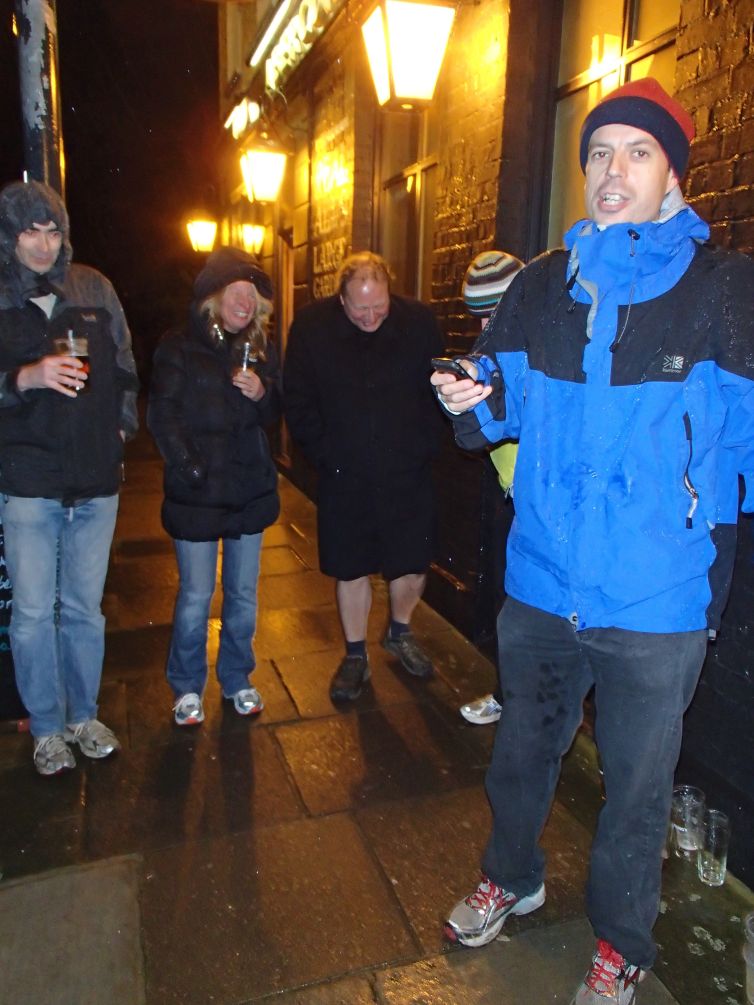 On arrival back at the pub “the Wake” had cleared but the depression hadn’t lifted. Things soon livened-up though when a loud yelp echoed through the venue as Dingo attacked the pub dog. Dingo claims not to have seen it but others say it was a pre-meditated assault. Luckily the pub didn’t have a cat, otherwise Dingo would live-up to her full name. 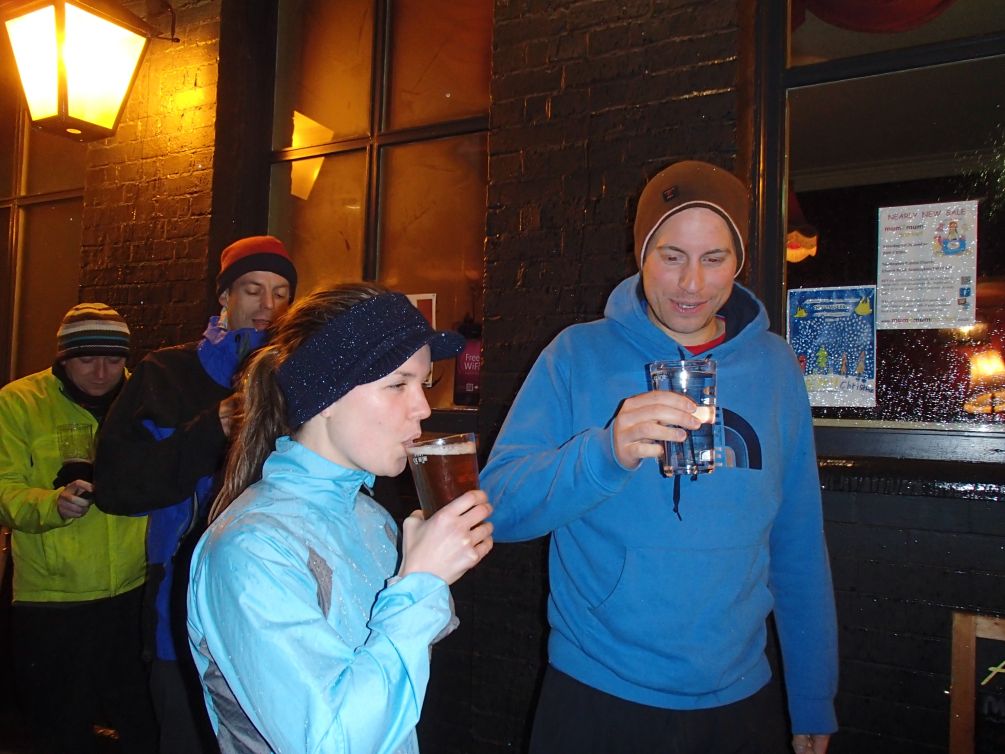 The down-downs were slowly consumed. Perhaps the dropping temperature iced-up the ale on its way down the throat. Stayover was annoyed with the lack of an RA and continued to moan, clearly he’d still not got over the lack of a drinks stop. Ian & Matilda were our returnees who are perhaps now overdue a naming. Ian seems to have missed the drinking point of Hashing by claiming to be allergic to ale. I think The Pack may require medical documentation to prove this.

I liked the trail though, well done Butt Plug.

See you all next week.