Another balmy evening saw the pack assemble in the tube free zone of St Margarets to celebrate/ commiserate Australia day . The hares were advertised as Dingo and Man Magnet, but the latter appeared to have aged, put on weight and somehow resembled Pickled Fart in drag, not a pretty sight. 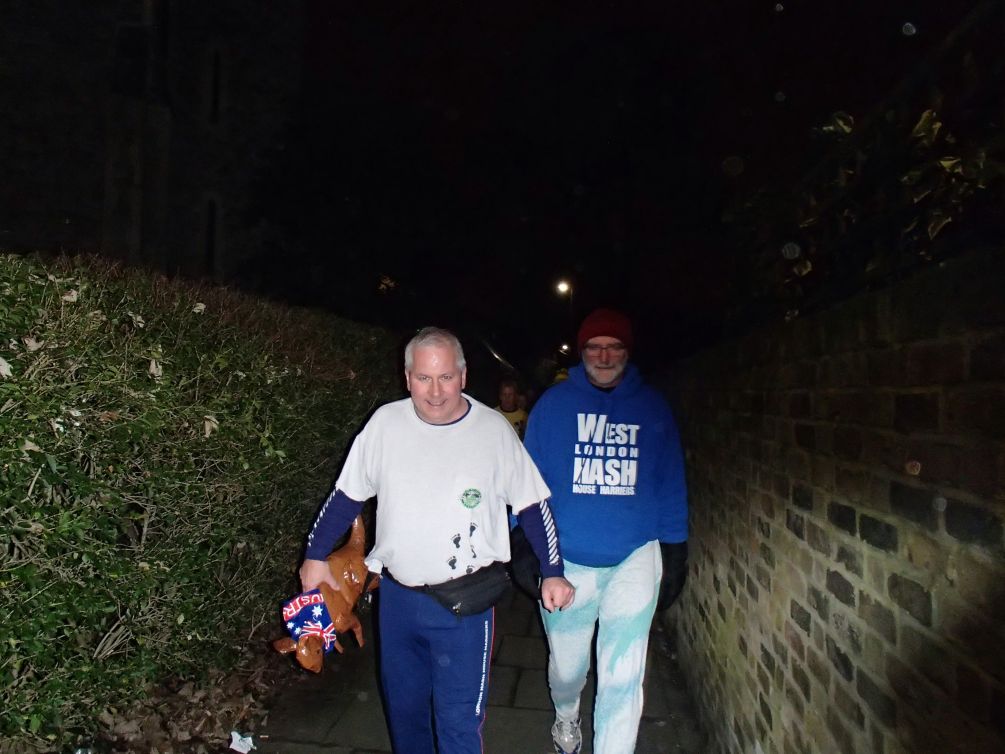 This impression was confirmed when the first falsie was at the end of a very long alleyway leading to the river, a well known PF favourite for irritating the pack. After a bit of meandering around the roads and alleyways of St Margarets we headed up the riverbank towards Richmond bridge. At every check I had to render resuscitation to the leaky blow up wallaby I had been detailed to carry, Butt Plug meanwhile frightened passing children with a large blow up funnel web spider thus showing the gentler side of Australia. 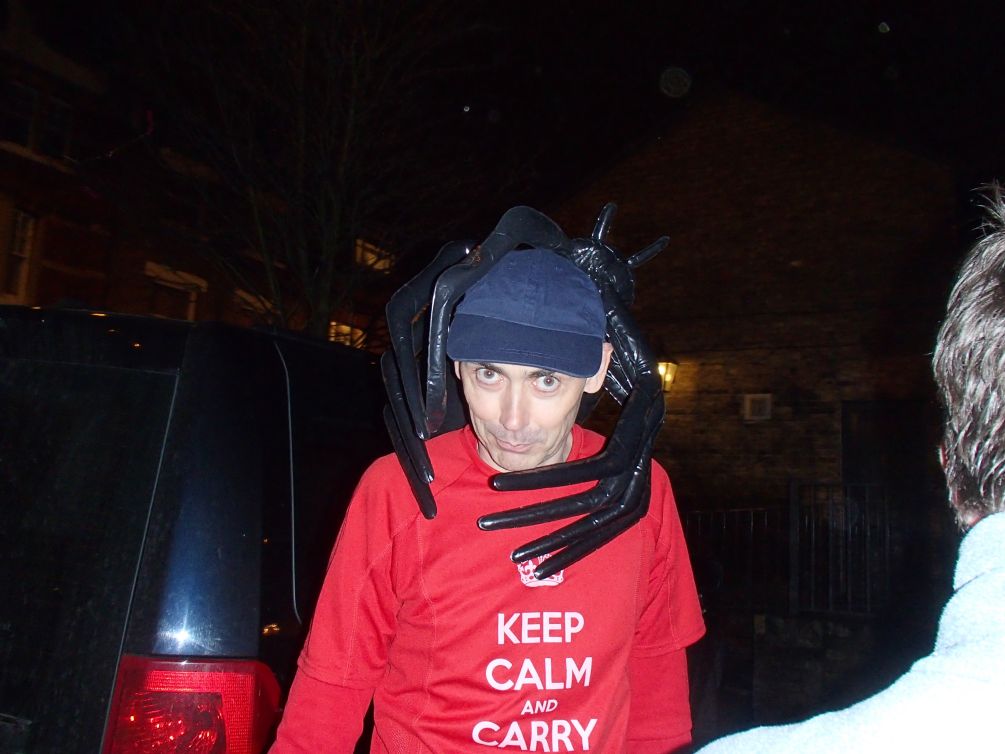 Dingo wanting to avoid shiggy splattered hashers blundering about her flat studiously avoided any of Richmond or Old Deer Parks and skirted Richmond Green before setting another falsie towards the pedestrian footbridge beyond the main road bridge that only the more retarded members of the pack fell for. Eventually the welcome sight of a DS sign beckoned us into Dingo’s flat or was it a shrine as all footwear had to be removed for the pilgrims to enter. The pilgrims in question soon launched themselves into the food and booze provided, namely Fosters lager, wine and a cocktail containing those traditional Aussie staples, vodka and peach schnapps. Dingo had obviously been busy in her kitchen as she had cooked mini kangaroo (or was it horse!)meat pies, biscuits and pavlova, all of which were swiftly hoovered up by the pack. Was this an early contender for drink stop of the year? Venturing back out into the cold was a bit of a shock, but fortunately the gastropub was close at hand.
Having economised with 2 January runs at £2 per pint Wetherspoons pubs (which is all us plebs in north west London can afford), it was back to the recession free zone of south west London with 8 pints costing us £36.20 (no wonder no freebees were offered) compared to £22 for 11 pints in the Wetherspoons, now you why the subs went up! Having made the above investment the pack were herded outside to witness summary judgement with The Optimist presiding over the kangaroo court. The following criminals were justly convicted: 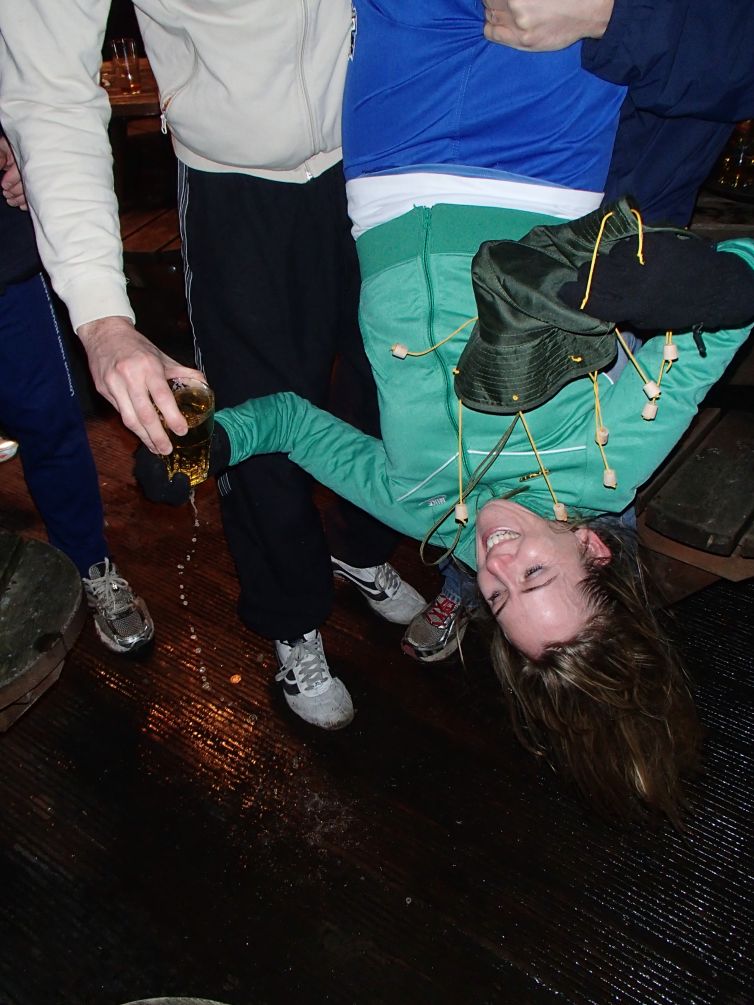 Dingo for haring and Australia day
Pickled Fart, co hare and metrosexual with fetching blonde hairdo
Bondi and Saddle Saw, descendants of convicts despatched to Botany Bay
Stayover and Eric for the forthcoming Burns night celebrations of a serial Scots p***head and womaniser who fiddled the excise taxes he collected to fund these activities whilst writing gibberish that was supposed to be poetry
Schnickers and Blunder, returners
Shakesbeer, some obscene act with a kangaroo
Butt Plug, for missing finding a soul mate on last week’s run, Post An*l Drip
Periodical for wearing his pyjama bottoms on the run
The scribe, maliciously and falsely accused of bestial acts with a wallaby and celebration of birthday

On On
MAD COW.