Lick a pile is a modest sort of bloke. He does not blow his own trumpet, unlike some other hares we know,[who could you mean!!-FF] but he knows how to set a trail. Loads of small but perfectly formed arrows, clear trail even in the dark forest, and nice S and L bits to choose from. Perfect length, and pack (admittedly small) kept together well. And then the best drink stop of the year, even if it is only March… There was Guinness, and Irish whisky, and hot dogs containing a guaranteed minimum of 53% travellers’ ponies. All courtesy of Mrs Lick a pile, Sexlove, assisted by the Lovechildren. 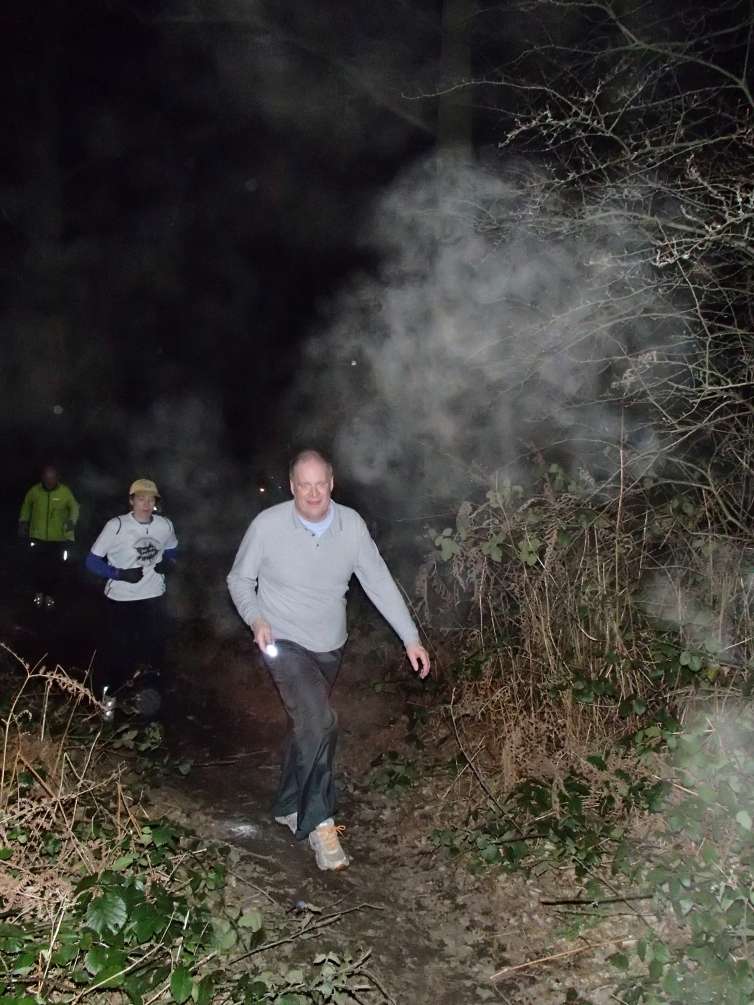 Lick a pile does not sound or look very Irish, and indeed he isn’t. It just so happens his birthday coincides with St. Patrick’s Day. He was not wearing green, and hardly anybody else did. West London is not a great hash for fancy dress. Just wait for the onesies…

Teddington is obviously too far for most members of the management. Where is our Leader when we need him? Fortunately, Crap Nav had cycled all the way to Tide End Cottage to do the religious bits. There was beer and a birthday song for the hare, and beer for the visitors. Beer, too, for the only two wearing green (Bondi and myself). Special mention should be made of Hobo. He had turned up half an hour late and then decided to run to Kingston and back. When he was called into the circle he made a stunning impression of sartorial elegance. Having been punished for wearing a flasher’s Mac the week before, he was now seen in a dark blue banker’s coat to set off his bare legs and running shoes. Breath taking! 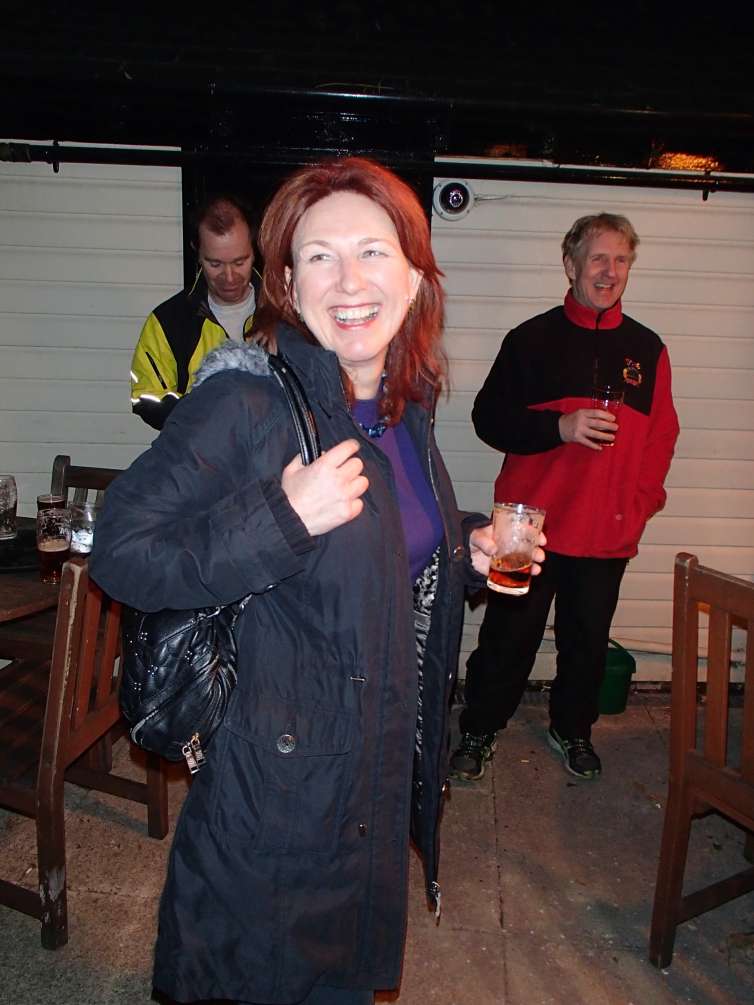 However, the award of the evening went to Tango. Not only did she turn up on time, but allegedly she is going to have, after 116 text messages, the date of the year! Or, according to some, of the century… Remember, Tango, I have it on good authority that if the blind date fails some offers are still valid. Never let it be said the Hash is not generous.

On On, see you next week,