By some amazing miracle Bonnie, who has now accepted that, whenever he is the Hare, he will do his upmost best to out rank the RA and provide rain for his trail, to such an extent that LH3 now request that everyone brings an umbrella when he is the laying the trail for them….. BUT, this night… shock in the making, even as black clouds hovered around St James Park and we all expected it to start to rain… somehow it stayed away. Perhaps the weather Gods took pity on him, we will never know. 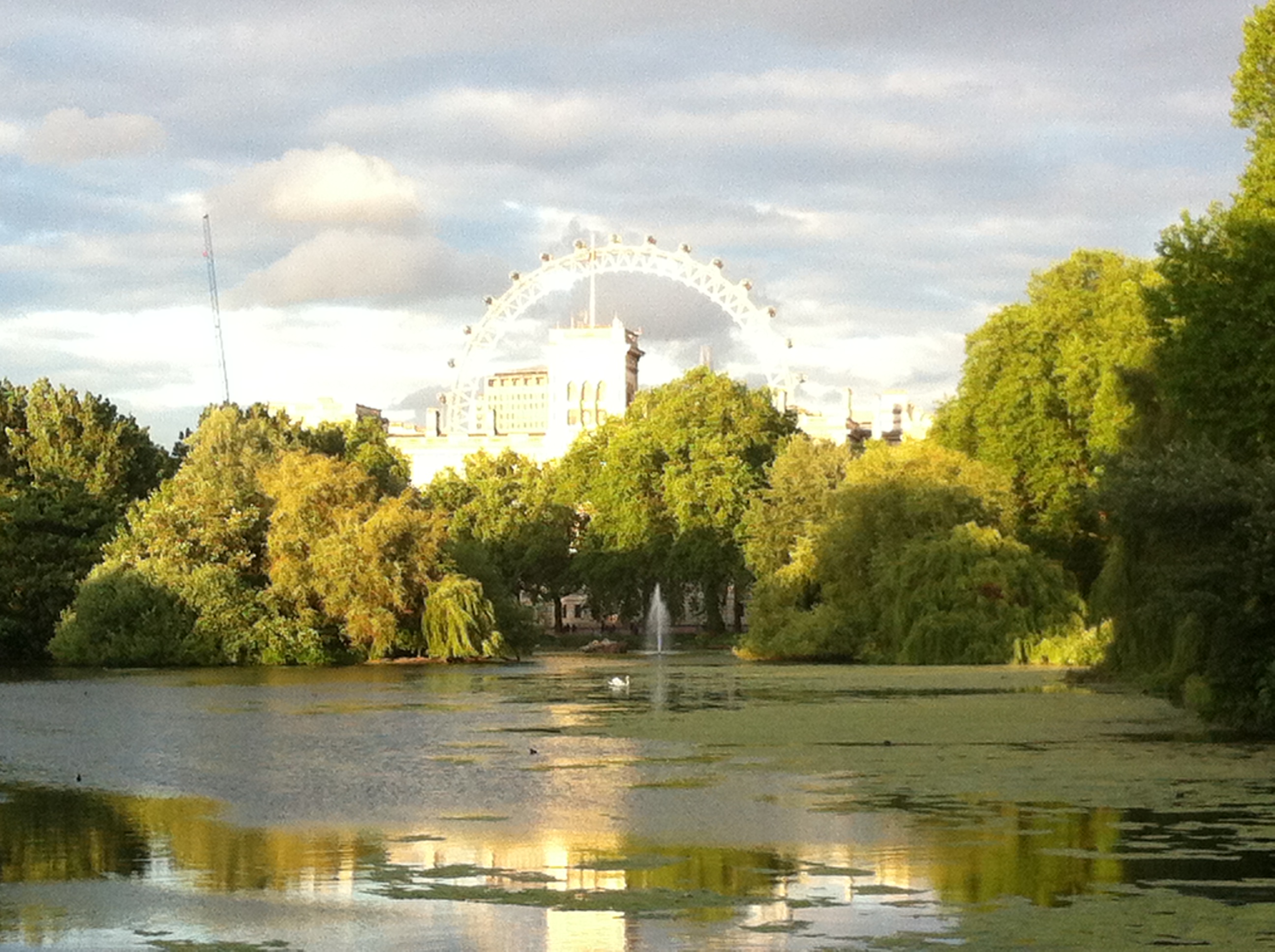 As to the Trail itself? It was a fab trail, taking in some great sites and Bonnie had even managed to rope in some coppers to stop the FRB’s from getting back to the pub to soon, and allow the SCB’s and knitting circle to catch up. Although Dingo, thinking that she had the pack behind her cried “lets charge he can’t stop us all”, hoping everyone would follow suit, but alas would anyone follow an Australian into dangerous territory? Lets face it it was that sort of attitude to the forces of law and order that led to most of their ancestors ending up down under in the first place. Once she had realized that no-one was about to follow, her little croak of “we will wait here officer” was barely heard. 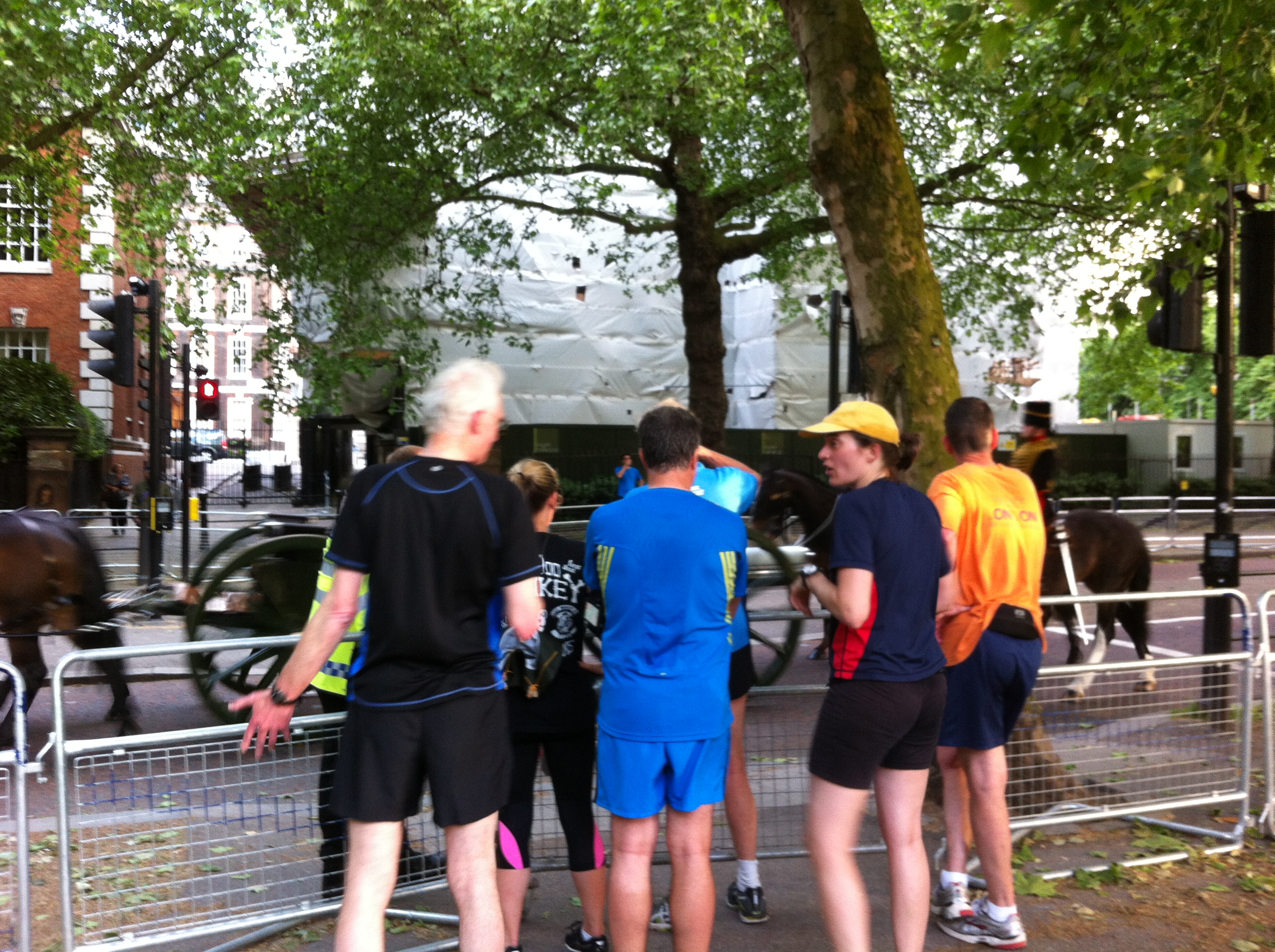 Once back at the pub everyone was happy, having their thirst quenched and talking about how had it not rained when the clouds looked so ominous. In due course the circle was called with Butt Plug and Yam leading as RA’s.

Bonnie got awarded his down down like a smug little *&%^ as it hadn’t rained on his trial since 1886.
It was nearly a perfect trail, good weather, (shock) good scenery, good length (fnaar fnaar) but Eric the… made it back to the On Inn… so sorry no perfect score. 10% loss is normally regarded as the maximum acceptable, but we can stretch that a bit so long as Eric is amongst the missing.

We had a few returners & visitors.
Nasty Bastard from Australia…. Says it all really doesn’t it… AND if one Aussie drinks…..

Marxist as a returner.

Stay Over was awarded a down down for the delivery of new haberdashery which was well ordered but with one flaw. They were all cut for women only… What no mens shirts???? DOH.

Dingo was reunited with her Mad Hatters Hat & as we were bored with “All Australians..” she was made to drink Oz still…. Upside down, although typical of all Aussie’s, she cheated.

Lastly our Australian friend Bondi who is leaving as they are getting deported and heading back to Oz land –hurrah! just another few thousand more to go- gifts were handed out along with their version of our National Anthem. Wasn’t bad either, they do have brains and imagination… Of course they have imagination that’s all they can rely on in thinking they can beat us Brits for the Ashes…

I’m sure more down downs were awarded but the drinking took precedence and warped the mind.