On a Sunday morning, three hours before dawn, and after weeks of emails from Rent Boy containing invaluable information about the incompatibility of the Swiss National grid to EU adapters and long rambling missives advising us that winter sports insurance that excluded off piste skiing might not cover us if we skied off piste, each one of which was invariably followed by half a dozen “witty” ripostes from recipients who did not seem to be able to distinguish the subtle difference between “Reply” and “Reply All”, disparate groups of Hashers arrived at the Gatwick check-in for the flight to Switzerland. As we queued amongst the sophisticated skiing set, with their public school accents and designer snow gear, we witnessed one of those “Two worlds colliding” moments when a an unkempt and unshaven vagrant staggered into the terminal building to escape the bitter cold outside, his features ravaged by years of self-neglect and alcohol abuse this wretched figure blundered glazed eyed through the queues of fresh faced skiers oblivious to their horrified stares as they recoiled in disgust from the stench of stale liquor, and worse, emanating from this dribbling wreck of a human being that had intruded into their privileged world. It was only later, when we again saw this same flatulent old tramp lurging on to the aircraft that was to take us to Geneva, clutching a boarding card, that we realized that it was none other than Rambo, who had decided to circumvent the need to get up so early by indulging in an all-night drinking binge.

We arrived at the Montpelier Hotel in Verbier by mid-afternoon and some of the more enthusiastic skiers grabbed the free lift passes that were on offer for the last hour of the day and headed for the nearest cable car up to the pistes. Table Whine, Ryde and Rollback’s enthusiasm was unfortunately exceeded only by their stupidity and as the cable car moved off they realized that, in their haste, they had boarded a cable car going down the mountain and they spent the next hour on this cable car only to return to their original departure point. Although they did not get any skiing in that day they certainly got the most use out of their free lift passes.

Fickle Fart was first out the next morning, anxious to arrive on time for his ski class and impatient with the ski lift swipe card system, decided to take advantage of his compact stature and simply duck under the turn style, unaware that he was being observed from behind smoked glass by lift security staff. Only a garbled explanation in appalling school-boy French and a quickly produced lift pass saved him from being dragged off to the local Gendarmerie to get a unique insight into the Swiss judicial system.

Some others were not quite so early to head for the pistes; Janni had consumed so many apres ski beers and such enormous quantities of complementary wine at dinner the night before that it was noon before Rent Boy could get her sobered up enough to get her skis on the right way round. 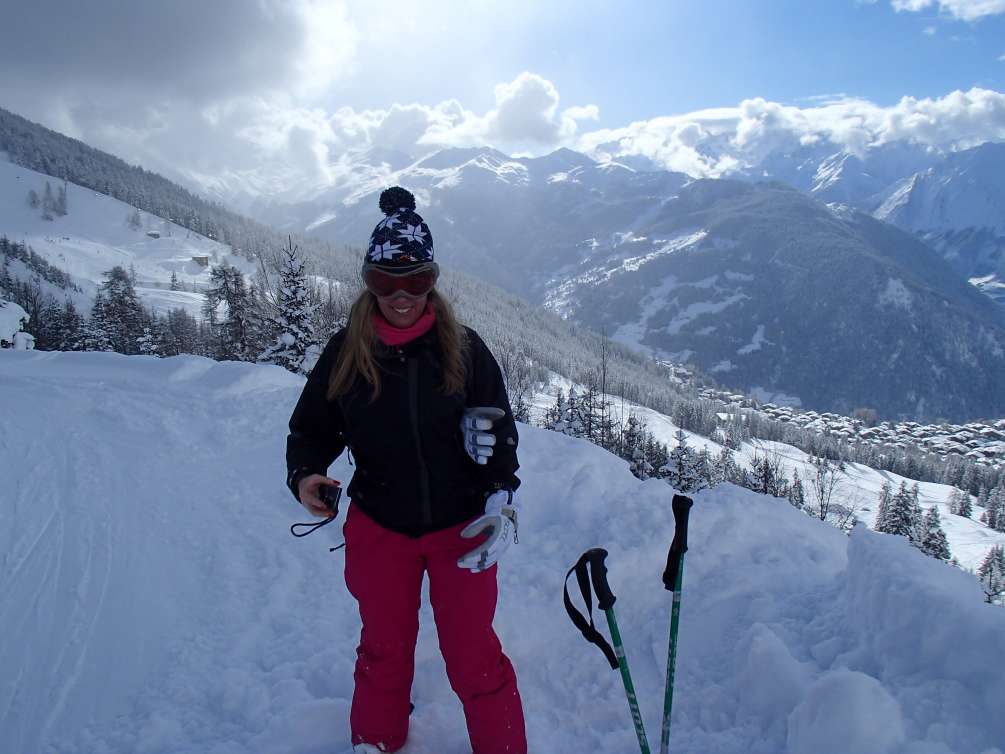 Dingo, on her first ever winter sports holiday, took to skiing like a duck to water and by the end of the second day had distained of the nursery slopes and was whizzing down the main pistes. In the evening, always the party animal, she invited everyone to an impromptu midnight cocktail party on her balcony, much to the amusement of her roommate, Tiger Bum, who had just dropped off to sleep. Unfortunately the skiing bug was not the only bug that Dingo caught; the Nora Virus was sweeping through Verbier like wild fire and the following evening the balcony was put to another use as Dingo gave a spectacular display of projectile vomiting from it. In the cold mountain air the vomit froze before it hit the ground and passers by were in danger of being impaled by shards of frozen vomit falling from four floors above them. Half the hotel guests went down with the virus and soon nearly every balcony was festooned with frozen waterfalls of vomit glistening prettily in the winter sun. There even a suggestion that the Hotel Montpelier should be renamed the Hotel Montpukier. 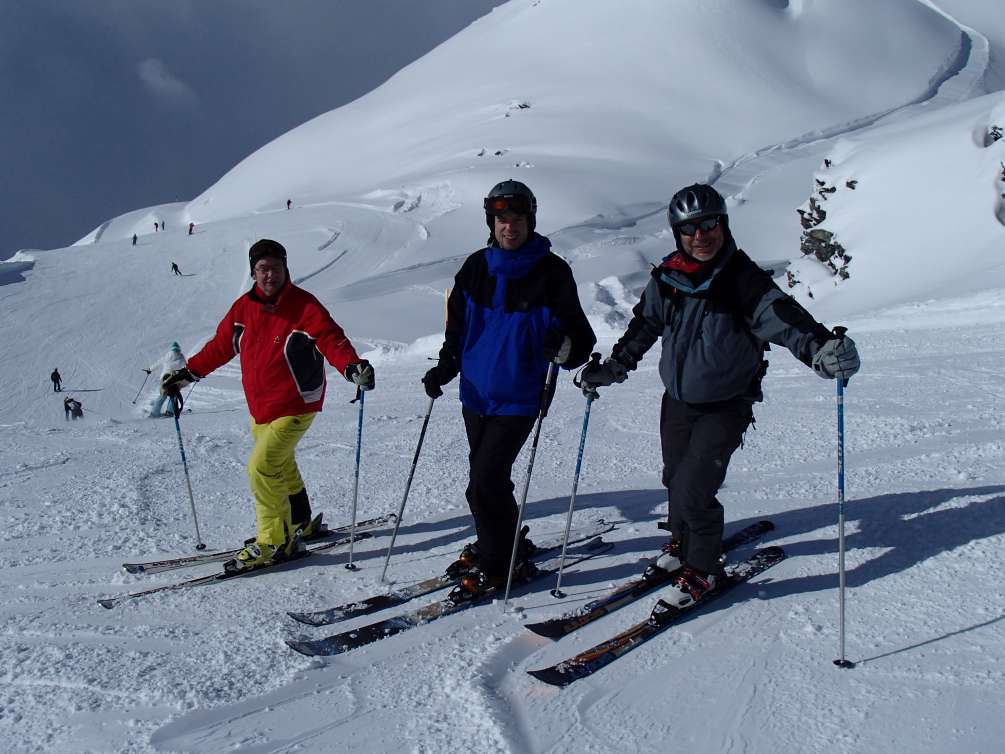 In contrast to Dingo, the only other novice in our group, Butt Plug, turned out to be to the sport of skiing what Rambo is to the art of wit, charm and bright repartee. Entire classes of toddlers went down like nine pins as Plug hurtled down the nursery slopes, struggling in vain to master the snow plough turn. By the last day he claimed finally to have cracked it, only to be seen minutes later accelerating down the slope backwards towards another ignominious end. 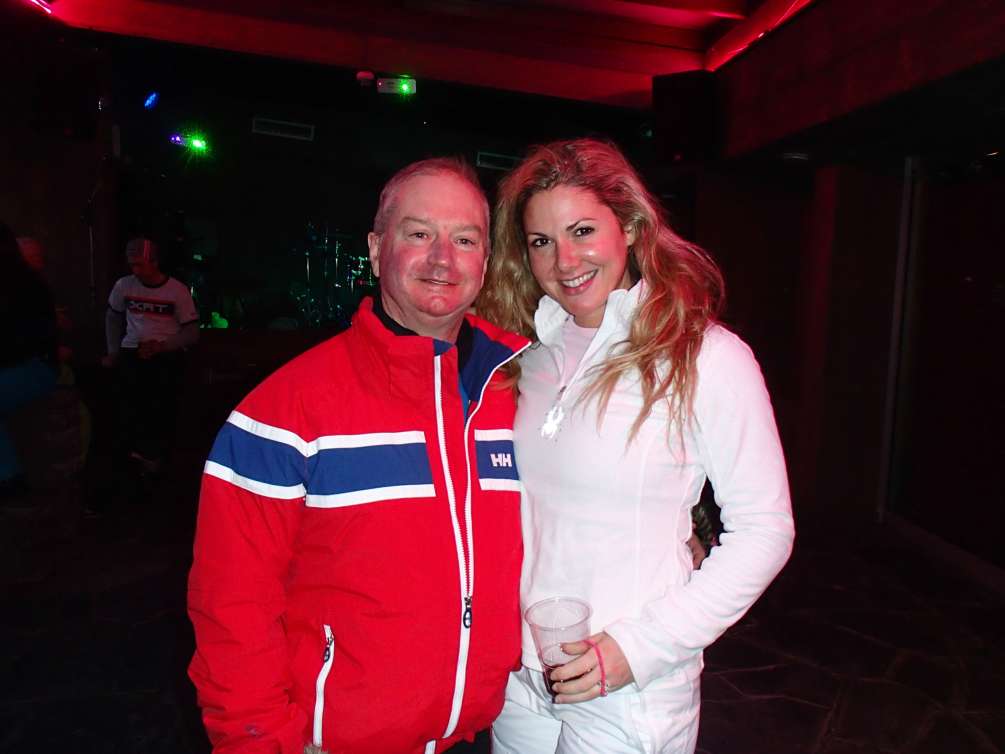 Dingo is never one to stay down for long and the next day, after her ski school, she joined Fickle Fart on the pistes with his newly acquired companion. Fickle, living up to his name, and his growing reputation as an aging Lothario, had somehow managed to make the acquaintance of a stunningly beautiful Greek lady and the as the three of them traversed down the piste in a snow storm they heard a plaintiff cry from the mist. “Fickled Fart! Dingo, help me! I am lost and this fog is freaking me out!” It was none other than Nutsucker, alone on her snow board. FF and his friend escorted the two novices down through the blizzard, but the Greek lady was clearly getting impatient with the slow pace “Come on Daveed, I want to ski!” came the siren call of this Greek Goddess from the slope below him. “Don’t leave us Fickle Fart!” Pleaded Nutsucker and Dingo, as they struggled to keep up, from the slope above. FF, faced with the dilemma, of either leaving the two Harriettes to freeze to death on the mountainside, or seeing his up-market bit of fluff disappear into the mists below, and probably from his life forever, to his credit, chose the latter option. Probably just as well as the day before Nutsucker had led Neil down the wrong side of the wrong mountain to get the wrong bus and they had to spend eye watering amounts on a taxi to get back to the hotel despite having managed to hitch a lift part of the way clutching their snow boards under their arms.

Our other snow boarder, Next Week, donned a Batman costume and disappeared off each morning to indulge what bizarre fantasies we can only speculate as no one ever saw him again until the following evening. 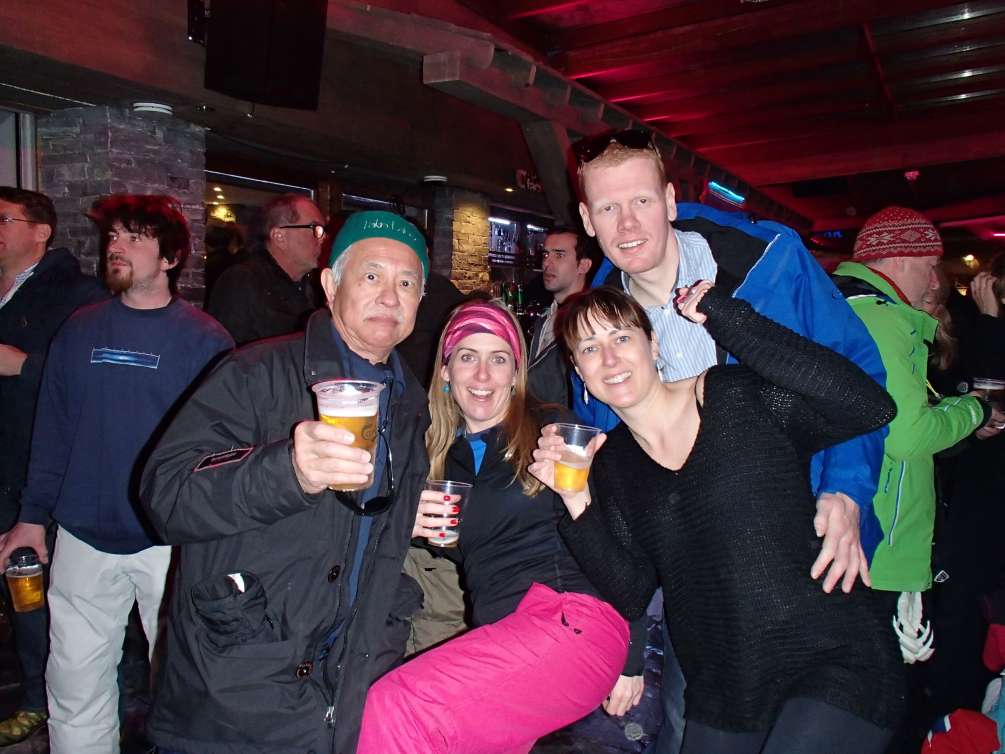 All good things must come to an end and, all too fast, the time was past and once again we assembled at some ungodly hour to board our coach back to Geneva airport and bid a fond fair well to the Hotel Montpelier and its cheerful chalet girls, who were so obviously distressed by our departure that they were dancing around hugging one another as our coach pulled away. Five minutes later we bid it a fond hello again, half a kilometre down the road Dingo had piped up that Rambo was not on board and, despite numerous attempts to keep her quiet, the holiday rep eventually turned the bus around to fetch him while KC muttered darkly that Rambo deserved to be left behind because he had once abandoned KC in in similar circumstances. Curious that no one else had noticed that Rambo was missing in the first place, don’t you think?